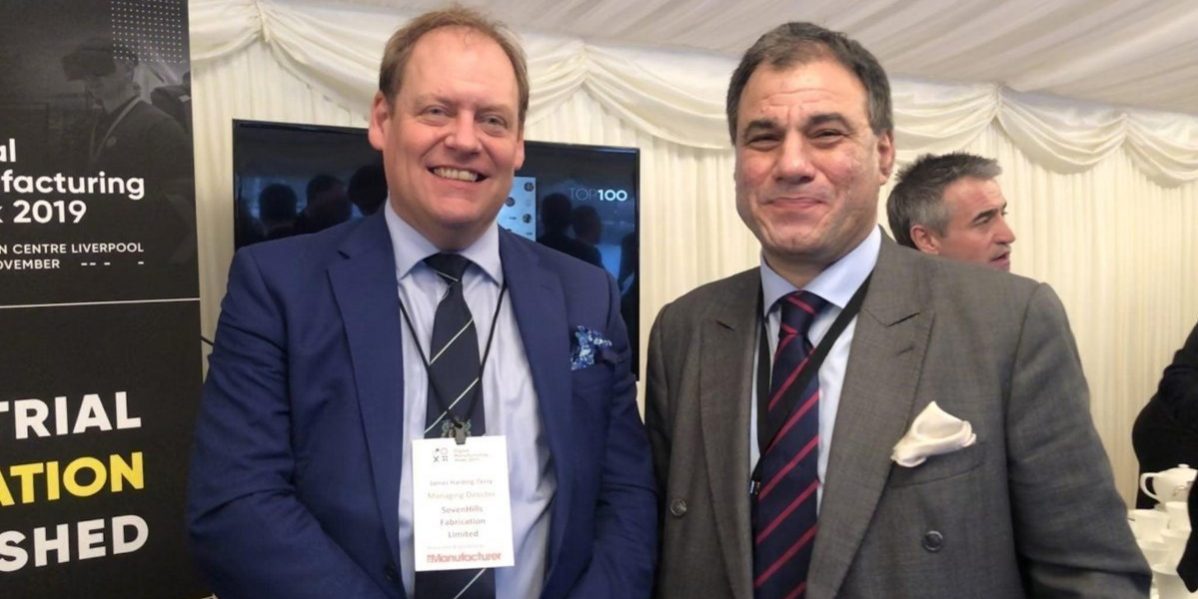 SevenHills Fabrication represented Sheffield and joined other leading UK manufacturers to celebrate the launch of Digital Manufacturing Week 2019 in London.

James Harding-Terry, Managing Director of the city-based laser cutting and fabrication company, was representing Sheffield and joined 200 manufacturers, engineers, industry supporters and politicians at a special reception hosted by The Lord Bilimoria CBE, DL at The House of Lords on Monday February 18.

The event marked the launch of the biggest digital manufacturing show in the European manufacturing calendar, this year hosted over four days in Liverpool in November.

The annual celebration of UK manufacturing brings together technology, finance and advanced manufacturing with the focus this year on building bridges to international markets.

James Harding-Terry said: “This was a fantastic chance to talk to some of the UK’s leading manufacturers to learn why Digital Manufacturing Week is the biggest event in the industrial calendar and find out more about the plans for November 2019.

“The UK has never had more to gain from a manufacturing renaissance than now and with the exceptional skills that the country possesses, it is vital that the next level of technological and digital advances are adopted and pioneered across our industry.

“Businesses that will not only survive the turbulent economic and political changes that we are witnessing on a national and global level, but that will thrive in the coming years, are those that push the boundaries of digital integration, lean processes and process control, and work to become early adopters of the Internet of Things.

“Manufacturing is approaching the fourth industrial revolution and technology combined with skill and adaptability are the forces that will shape future industries, it is important that the UK maintains a lead.”

Last year 4,279 expo visitors, 887 conference delegates and 153 exhibitors attended Digital Manufacturing Week and this year’s event in Liverpool aims to be the biggest yet.

James Harding-Terry was representing Sheffield at the House of Lords event after being awarded a place in The Manufacturer Top 100 2018. The award publicly recognises the most dynamic leaders and innovators in manufacturing.

SevenHills Fabrication is an established sub-contract laser cutting and steel fabrication business based at Holbrook Industrial Estate in Sheffield. The company supplies businesses across the UK and has invested in new equipment and employees to expand its production capabilities.

Winners of Yorkshire Business Masters – Family Business Award 2020
26th October 2020
Recent Articles
Go to Top
We use cookies to ensure that we give you the best experience on our website. If you continue to use this site we will assume that you are happy with it.OkCookie Policy